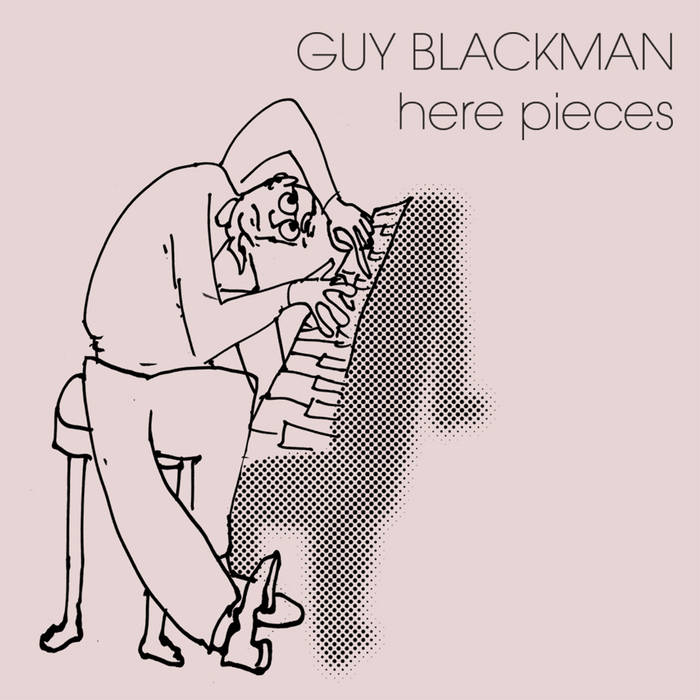 Chapter Music co-dictator Guy Blackman has compiled a historical dip into the dark corners of his back catalogue, from early 90s beginnings as a wan teenager to recent autumnal queer ballads.
Here Pieces begins with Fashion Conscious, a pimply pop gem from 1991 referencing Spacemen 3, Ride and Mudhoney, and extends to Marriage, Blackman’s languid contribution to the 2017 Australian marriage equality debate.
In between, there are appearances by members of Chapter music luminaries Crayon Fields, The Stevens, My Pal Foot Foot and Minimum Chips, a wobbly orchestral cover of Gene Clark’s classic Echoes, and some early versions of tracks from Blackman’s one and only solo album, 2008’s Adult Baby.
Some tracks are attributed to Guy’s dubiously-named 90s solo vehicle Riot Guy, including a cover of Small World Experience from a 1995 tribute tape.
Live, Guy has played with Vashti Bunyan, Stereolab, Bill Callahan, Joanna Newsom, John Grant, Owen Pallett and many more. In his previous bands Minimum Chips and Sleepy Township he supported Pavement, Elliott Smith, Cat Power, Smog and others.
Resigned, wry and disarming, Here Pieces is a reminder of Blackman’s songwriting chops and a glimpse into the psyche of an artist too often content to let others shine.
Cover drawing is by James Vinciguerra (Total Control), with mastering by Mikey Young (of course).