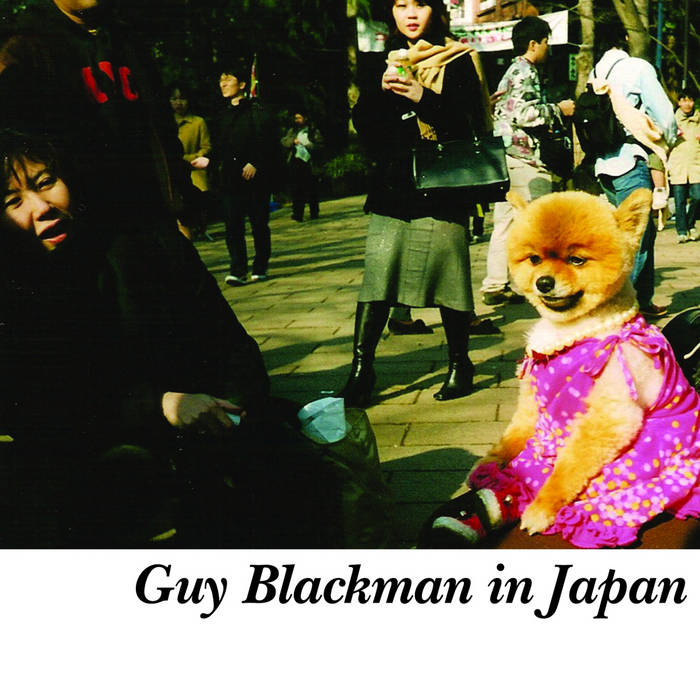 Chapter Music boss Guy Blackman left Melbourne in September 2002 to find adventure in the busy metropolis of Tokyo, Japan. This coincided roughly with the tenth anniversary of the label, and at the time Guy believed he was closing the book on Chapter for good. He also left behind the two long-running bands he had been playing in, Sleepy Township and Minimum Chips.

But in Japan, Guy discovered an amazing world of tiny venues, friendly musicians, and a group of bands connected by ideas of spontaneity, improvisation and a kind of drug-free psychedelia. This gave him a renewed enthusiasm for music and a drive to make what he was hearing more widely available outside Japan.

So on his return to Australia in March 2004, Guy restarted Chapter Music and issued Songs For Nao, a fourteen track compilation of some of the best bands and artists he came across during his Japanese adventure.

Now comes Guy Blackman In Japan, a ragged but atmosphere-rich document of Guy's own musical activity there. It features five songs recorded in one afternoon, with one microphone, the weekend before Guy got on a plane back to Melbourne, plus three songs recorded at the last live gig he played in Tokyo. Accompanying Guy are members of many of the Songs For Nao bands, including Maher Shalal Hash Baz, Tenniscoats, My Pal Foot Foot and Andersens.

After the instruments were recorded in Tokyo, vocals were added back in Melbourne with Henry Wagons of former Chapter recording artists Wagons. The EP includes a live cover of Nat King Cole's Answer Me My Love, sung as a duet with Tenniscoats vocalist Saya.

Guy's own songs display a newfound depth and subdued intensity quite different to his work in his more pop-influenced bands. Songs like Older, written on Guy's 29th birthday, and Mortified, about the confusing world of Tokyo gay nightlife, have an emotional vividness that breaks through the somewhat cloudy fidelity.

And as Guy says in the CD's liner notes, "the recordings are very rough, but to me they sound like Japan."